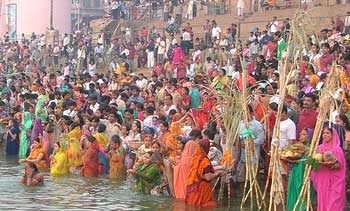 The Hindu Lights Festival is Diwali, Divali, Deepavali, usually lasting five days, celebrated between mid-October and mid-November in the Hindu Lunisolar month of Kartika. Diwali symbolizes the spiritual “victory of light over darkness, good over evil and wisdom over ignorance” amongst Hinduism’s more common festivals. Lakshmi, the goddess of prosperity, is commonly associated but it is related to Sita and Rama, Vishnu, Krishna, Yami, Durga, Kali, Dhanvantari or Vishvakarman by regional traditions.

Holi is a famous hindu festival from the Indian subcontinent. This is primarily practiced in India, but has also grown from the Indian subcontinent to other parts of Asia and the Western world through the diaspora. Holi is commonly referred to as the Indian “spring festival,” the “color festival,” or the “heart festival.” The festival celebrates the triumph of good over evil. It means the coming of spring, the coming of the end of winter, the flowering of life, and many of them getting their day to meet each other. The festival also marks the start of a successful harvesting season in spring.

Historically, Chhath is an ancient Hindu festival of the Vedic era from the Indian subcontinent, particularly Bihar, Jharkhand and Uttar Pradesh, and Madhesh, Nepal. The Chhath Puja is devoted to the Sun and Shashthi devi (Chathi Maiya), to thank them for giving the gifts of life on earth and to ask for certain wishes. Nepalese and Indians, along with their diasporas, are celebrating this festival. In Chhath, all of the energies and the Sun are merged. During the morning they are given to both the prayer and worship of the first ray of the Sun, and the last ray of the Sun (Pratyusha) in the evening.

Teej is a common term for a number of Hindu festivals held in Northern India , primarily by women of Nepal and various Indian states. The Monsoon season is celebrated primarily by girls and women, music , dance and prayer rituals, and Haryali Teej & Hartalika Teej. The Teej Monsoon is primarily devoted to Goddess Parvati and her unification with Lord Shiva. During this festival, a woman practices a custom whereby her husband does not eat anything.

Kojagiri Purnima is a harvesting festival held at the full moon of the Hindu lunar month of Ashvin, which is held from September to October. The festival is also known as Kumara Purnima, Sharad Purnima, Navanna Purnima or Kaumudi Purnima. Kojagari Purnima concerns Kojagara Vrata’s observance. Upon fasting for the day, people do this vrata in the moonlight. Lakshmi, the Hindu rich goddess, is considerably adored on this day as her birthday is believed to be. Also worshiped is Lord Indra, the God of Rains, sitting on his elephant, and is Lord Shiva along with Parvati and Nandi.

Sama Chakeva or Sama Chakeba is a Hindu festival from the Indian subcontinent’s Mithila region. It’s a brothers ‘and sisters’ party. It is held in November and begins when birds start to migrate to the Indian plains from the Himalayas. As per the Hindustan Times, it highlights the love between sisters and brothers and it is based upon the story revealed in the Puranas. The festival also involves folk theater and music. This story tells the story of Sama, Krishna ‘s daughter, who was wrongfully convicted.

A festival held for Hindus on Shukla Paksha ‘s second lunar day (bright fortnight) in the Hindu Vikram Samvat or in Shaliva Shaka calendar month, Bhai Phonta, also known as Bhai Dooj, Bhaubeej, Bhai Tika. Bhai Phonta is the festival held for Hindus. Diwali or the Tihar festival and the annual Holi are celebrated. Today’s festivities are like Raksha Bandhan Festival. Sisters send gifts to their brothers today, and their elder brothers receive even gifts from the younger sibling. Brothers send their sisters even gifts.

In English Vat Purnima means a whole moon connected with the banian tree. This is a Hindu festival primarily celebrated in Maharashtra, Goa, Gujarat in the western Indian countries. The festival season is held for three days in the month of Jestha (May – June) usually on the 13th, 14th and 15th days. Women look at a fast and tie file around a banyan tree and pray for their husbands’ well-being. Women holding their husbands fast for 3 days, as Savitri did, on the day of Vat Purnima. Throughout the course of the three days, images of a tree of Vat, Savitri, Satyavan and Yama are drawn on the floor or a wall of the house with a paste of the sandal and the rice.

The Cultural Background of Maithili