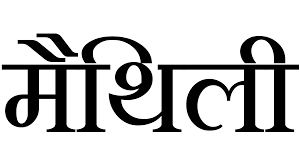 The culture of Mithila or Maithil refers to the culture that emerged in the Indian subcontinent’s Mithila region. The Mithila districts of India and some nearby districts include Tirhut, Purnia, Bhagalpur, Darbhanga, Munger, Kosi, and Santhal Pargana, and Nepalese districts.

Maithils, also recognized as Maithili, is an ethno-linguistic Indian tribe that speaks Maithili as their native language from the Indian subContinent. A significant feature in Hindu mythology is the homeland in Maithil as it is regarded as the birthplace of Ram’s wife, Sita.

After the Indo-Aryans who established the Kingdom of Videha Mithila first came to the fore. In the late Vedic period, Videha became, together with Kuru and Pañcāla, one of the most important political and cultural centers of South Asia. The kings were called Janakas in the Kingdom of Videha. The Videha Kingdom was later united with Mithila’s Vajji Confederacy.

Majority Maithils are typically based on Darbhanga and the rest of North Bihar north of the Ganges. Speakers of indigenous Maithili also live in Delhi , Kolkata, Patna, Ranchi and Mumbai. In specific, Darbhanga has been an essential part of Mithila ‘s history and is considered one of its “core centres.” It was Raj Darbhanga ‘s base, which governed almost all of the region. Madhubani was also home to the pictures by Madhubani where the Maithil ‘s community was a big part.

Lot of people say Sitamarhi to be Goddess Sita ‘s birthplace, and Sitakund to be a decent institution for pilgrimages. The capital of ancient Mithila Kingdom is thought to be Baliraajgadh, situated in the present-day Madhubani district. Maithils played a significant role in developing the Temple of Baidyanath, a pilgrimage site of significance to them. There is an existing movement for an independent Indian state of Mithila in Maithili-speaking Bihar and Jharkhand. Darbhanga is likely to be a candidate for the capital of the state proposed, while Muzaffarpur, Purnia and Begusarai are other potential sites.

Much of the area around Janakpur in the south-east of Nepal is created by Nepalese Mithila from Jhapato Parsa in Nepal. This area belonged to the Videha Kingdom. The Ramayana opens up the Kingdom. Many say that Janakpur is Sita ‘s birthplace but many believe Sitamarhi as their birthplace. This is controversial. Maithils worked in Nepal for a “Free Maithil State.”

Maithili, one of India’s recognized regional languages and the second national language of Nepal mentioned in the Eighth Schedule of the Indian Constitution and the Nepal Interim Constitution, is the common language of Maithil people. It’s an old language that has developed into Nepali, Bengali, and other similar scripts. A Shiva Temple inscription in Tilkeshwarstha, near Kusheshwarsthāna, district of Darbhangā), is the oldest example of that Mithilakshar or Tirhuta script, in which in Eastern Māgadhi Prākrit it is stated that the temple has been constructed on “Kāttika sudi” Kārtika Shukla practipadā, Or in the knowledge effeiciency of the Hindu Lunar Month of Kartika the first tithi, still considered as important religious for the installation of an icon in a temple, in “Shake 125” (AD 203), the day after Diwāli. The inscription script differs somewhat from the modern Maithili script. But most Maithili writers adapted Devanagari for Maithili during the 20th century, slowly. For the pātā (rituals and ceremonies letters, such as wedding), some traditional Pandits still use Tirhutā or Mithilākshara writing. Fonts have been developed for this script in 2003.

Kajal Karna have greatly put her effort on promoting Mithila and Maithili Culture all over the world.